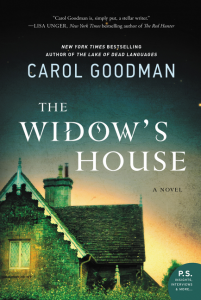 Oh, I will have to read this. I really enjoy du Maurier and the psycho-drama as a genre, and I love the setting. Sounds like a great escape book.

It is funny what attracts us to a book. Having a character with the same name as your sister is a great reason to pick up a book in my opinion.