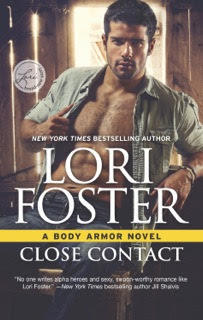 Plot: After inheriting her grandmother’s isolated farmhouse, Maxi Nevar is trying to make it her home despite some odd events that make her wonder if she has a poltergeist. But when she wakes up in a nearby field with no memory of how she got there, she is smart enough to realize she needs professional help. Unfortunately, the logical choice, Miles Dartman, is the man with whom she had several one night stands, then ignored, so it is more than a little awkward to pursue him to his new employer. It turns out that Matt, a former Mixed Martial Arts (MMA) Fighter, has just become a bodyguard with Body Armor, a personal security agency, run by the glamorous Sahara Silver. Although Miles is still angry that Maxi blew him off, he is immediately protective of her, plus can’t wait to have sex with her again, so is all too willing to move in with her. From that point, while the stalking and other dangerous events keep on coming, at least Maxi is pleasurably distracted by her own personal martial arts expert while they try to figure out who wants her to disappear. . . 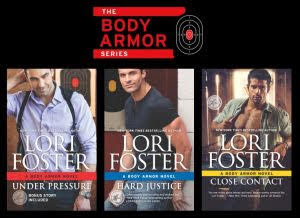 Audience: Fans of romantic suspense. Enter the Rafflecopter Sweepstakes for a chance to win a copy:
a Rafflecopter giveaway

My Impressions: Lori Foster is one of those authors I always meant to read so I was pleased when TLC Book Tours invited me to participate in this tour. This was a fun, quick read with appealing characters, who have abundant chemistry, and a dramatic denouement. Although a big sports fan, I had to look up MMA and am amused by the concept of a bodyguard company consisting of martial arts experts, somewhere near Kentucky (given this is a series, there is clearly a lot more going on in this part of the world than I would have guessed to occupy this group of excessively attractive men!). In this instance, a private investigator would have been more useful in determining which of the people in Maxi’s life was tormenting her - although he might not have been as sexy as Miles (tell me, however, why it is considered appealing for a man not to wear underwear?). Where Foster is most successful is in depicting the friendship among this group of guys, most of whom appear to be former fighters and were featured in previous books in the series (you may want to go back and start this series in proper order but it stood alone fairly well).  Foster did a good job in creating motives for several potential bad guys although the real perp was fairly obvious to me, if not to Miles and the oddly named Maxi. While the haunted house/stalker plot was not very exciting, the book passed the test of making me want to read more of the series – Sahara was the most intriguing character in the book, both her personality and her determination to find her missing brother, and I will definitely read her story when it comes out, next in the series!

Source: Thanks to TLC Book Tour for providing me a pre-publication copy of this book by the publisher for review purposes. Please check out other stops on the tour below: