I know it is somewhat of a paradox to find comfort in books full of murder but for many years I have been enjoying Patricia Wentworth (1878-1961), one of the denizens of the Golden Age of Mystery Fiction.  Her father was a well-known general and she was born in India, educated in London, and got her first book published in 1910.   Her first work was a slightly sappy historical romance set during the French Revolution.   By 1923, she was writing mysteries and in 1928 she introduced her most famous character, Miss Silver, a retired governess turned occasional sleuth, who can always come up with a suitable Tennyson quote and calm a new client.  Wentworth, whose real name was Dora Elles, wrote 66 books, of which nearly half featured Miss Silver.  Some of her other mysteries included recurring characters and some were standalones.  A few of her books were retitled in the US, which always annoys me, especially if I repurchased them unnecessarily pre-internet.

Given I am not a big fan of cozy mysteries, why do I like these books?  Well, I like the tropes of mid-20th century English crime fiction: the orphan heiresses with jealous relatives, the missing wills, a rich individual terrorizing family members by threatening their inheritance, the house parties where someone is murdered, plucky young people trying to make a living by taking jobs that sound much better than they turn out (story of my life), the worried clients who are afraid to confide in the unassuming ex-governess but find themselves unburdening themselves, the characters who overlook Miss Silver and accidentally reveal too much, the loyal heroines and self-sacrificing heroes, and the way order is always restored at the end.  That said, some are definitely better than others.  Here are a few of my favorites:

Anne Belinda (1927) - Anne Belinda has disappeared, and every time John Waveney mentions her name there is an ominous silence.  He doesn’t know if she wants to be found but he feels compelled to try because of an encounter they had before the war.  This is a standalone without Miss Silver. 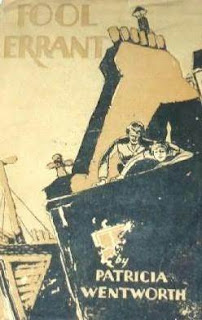 Fool Errant (1929) – this is a Benbow Smith book, first in a four-book series with an espionage theme.  The hero is down on his luck and accepts a job that is too good to be true – and leads to murder. 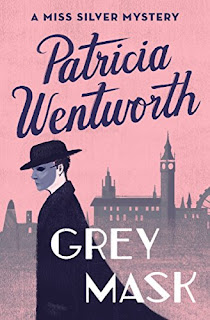 Grey Mask (1928) - is the first Miss Silver book, so is obviously the best place to start! You know I don’t approve of starting mid-series although with Wentworth it used to be you had to start with whatever book you were lucky enough to find!  Like several of her books, a key element of the story is something that happens in the dark or out of sight.  Here, Charles Moray overhears something about a murder at sea, inheritance, ad missing documents, and when a murder takes place, he feels compelled to follow up – with help from Miss Silver. 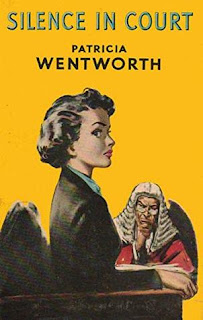 Silence in Court (1947) – When Carey Silence is left penniless, she is grateful to be invited to stay with a rich old friend of her grandmother’s, at her London home. But when Honoria is killed, Carey is the primary suspect, with few defenders and no Miss Silver in this one.

Through the Wall (1950) – When Martin Brand makes a will leaving everything to a niece he barely knows, Marian learns to claim her legacy she will have to share the divided house with relatives who resent her.  Miss Silver will have to be summoned to save the day.

The Wicked Uncle / aka Spotlight (1947) – a classic and chilling story!  Gregory Porlock invites all his blackmail victims to dinner, and when he's stabbed to death, the police find all the guests had both motive and opportunity.   The police need help (as they often do) from Miss Silver to solve this one  (I have an extra copy if anyone would like it). 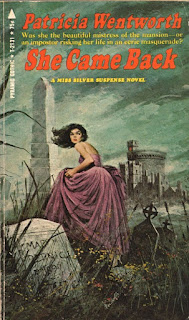 The first Wentworth I read was She Came Back (1945) with this exact cover, an impersonation story lent to my sister by a junior high friend (coincidentally, we ran into her friend in March at a production of Newsies featuring her niece and our nephew, after not seeing her since the 80s!)  But I don’t think I started reading Wentworth seriously until the 90s when various publishers started reprinting her books.  As I look at my shelves, I see Warner, Bantam, Pyramid mass market edition, then Harper issued many of the Miss Silver books in quality trade paper editions.  Lippincott was her American publisher and I paid more for than I should have for several hardcovers, and on the bottom shelf you can see eight bulky photocopies of books that were long out of print and impossible to find (once I called a library that had so generously sent me an ILL and explained that the book was too valuable to be loaned (to anyone but me) but whoever answered the phone didn’t take me seriously).  That was before Dean Street Press started publishing Wentworth’s mystery backlist a few years ago.   I’ve bought two but whenever I am about to buy more, I get distracted by another Dean Street Press or new Furrowed Middlebrow book. 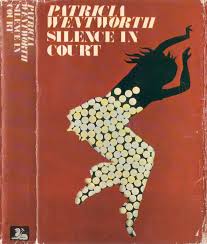 Many are available on Kindle or on Project Gutenberg but try to support Dean Street’s reprints if you can or ask your library to purchase them.   I have read a few recently via Hoopla as well.  If you read Patricia Wentworth, do you have a favorite? 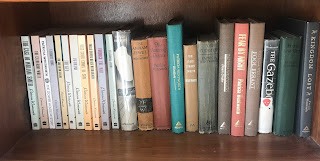 These shelves are beloved but have definitely been neglected recently.   It is several years since I have reviewed any of her books.  See my other Wentworth reviews:

In the early days of the lockdown, back in March, without access to physical libraries, I found myself using Hoopla a lot. And reading for a while alternating between Patricia Wentworth (mostly the non-Miss Silver books, since I had read all the Miss Silvers long ago) and Miss Read. I couldn't seem to concentrate on most other books.

I don't know why I've never read anything by Patricai Wentworth but I haven't. The Miss Silver books sounds like great fun, I'll see if the library has any when I go.

I've read quite a few Patricia Wentworth books, most recently Out of the Past. I'm so impressed with your collection. I prefer her to Christie which is probably sacrilege as far as some are concerned.

I read my first Wentworth book this summer, thanks to DSP. She isn’t as good as Christie, but they are good reads.

Wow, so many Wentworth books and all together in one place! And all those old hardbacks. I am envious. (Where do you put all your bookcases?) I have a good many but nowhere close to your collection. And I have only a couple of the ones that don't have Miss Silver, and haven't read any of those. I read Miss Silver books when I was younger but I don't remember which ones. I started reading them again just in the last few years.

Most of the Wentworth books I have now are ones I bought at the annual book sale that I have gone to for over 30 years (except they won't be having one for a while, I am sure). But I agree with you about supporting reprints, although I collect old paperbacks and if I can find those I prefer them.

In addition to all the things you mentioned, I like that a lot of the books by Wentworth have good depictions of life in World War II or post-war life.

My favorite is The Chinese Shawl. It’s got all the Miss Silver high points—country house, scheming relatives and young love.

I've never read any Wentworth....maybe now I'm more Wentworth aware they will come my way! I hope now that it is Tuesday you are getting your vacation...

Through the Wall was my favorite until I read Nothing Venture, Nothing Gain. I'm a historian, so I love Wentworth's books for the insights into the 1920s-1950s--as well as the stories!

I own most of Miss Silvers books and several standalones. They have been read over and over and will be again.