It’s time for #6degrees, inspired by Kate at Books Are My Favourite and Best. We all start at the same place as other readers, add six books, and see where it ends up.   This month’s starting point is The Turn of the Screw by Henry James (1843-1916), a gothic novella about a governess sent to the desolate countryside to care for two orphans, with blood-curdling results. 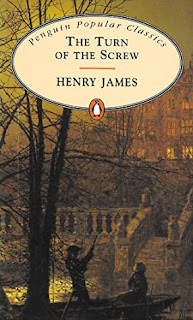 I have recently felt that Henry James is everywhere (not to mention his brother William - I had a class in college that met in the building named for him).   My first book is The Summer Before the War (2016), a historical novel by Helen Simonson set before WWI that I liked so much I persuaded my book group to read it.  The story includes a character based on Henry James although it took my mother to point this out to me.   A few years ago she and I visited Rye together, where the book is set and where James spent his last years.   In fact, he wrote The Turn of the Screw while living in Rye. 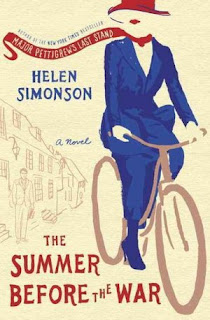 My second book is The Maze at Windermere by Gregory Blake Smith, which the Washington Post called one of the best books of 2018.  It takes place in Newport, Rhode Island over three centuries, and features young Henry James who spent some of his youth amidst the glittering society of the 19th century.  My mother's book group just enjoyed it. 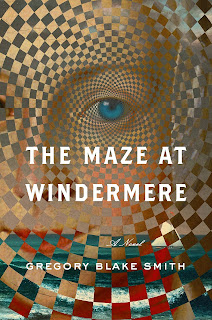 David Lodge describes with chagrin the phenomenon of inserting Henry James as a character in recent novels, and realizing his concept was not unique:

Why this sudden burgeoning of fiction that is in various ways parasitical upon the life and work of Henry James? There are several reasons. Postmodern literary novelists enjoy reworking classic texts, or revisiting famous lives, sometimes in a playful, irreverent style. This may be a sign of decadence in our literary culture, but it is a fact. The biographical novel as a genre, especially the bio-novel about an author, has grown steadily in popularity over the past 20 years or so, and it was only a matter of time before a number of writers would think of James as a possible subject; that several of us did so simultaneously was a coincidence waiting to happen.

My third book is his Author, Author (2004) about James’ last illness and his friendship with illustrator George du Maurier. 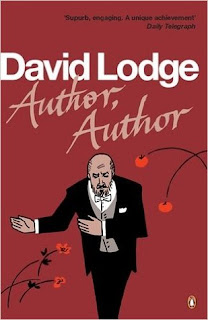 If I had read all the books featuring James which Lodge mentions in the Globe and Mail article above I might have stayed on that path but the mention of du Maurier reminded me of his famous granddaughter!  My fourth book is Myself When Young by Daphne herself which I reviewed recently.  In this memoir, Daphne describes being captivated by an Emily Brontë poem when she was writing her first book, The Loving Spirit, and her gothic sensibility was inspired by books like Wuthering Heights which she dutifully recorded as “very good” in the journal she kept as a teen.

So, naturally, my fifth book is Wuthering Heights by Emily Brontë (1847), a gothic novel full of dark characters and countryside, convoluted plot and supernatural elements, like The Turn of the Screw. 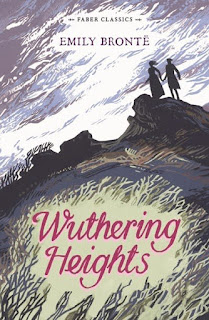 My sixth and final book was inspired by the Brontës: The Return of the Twelves by Pauline Clarke, a brilliant story that won Carnegie Medal as the best children’s book of 1962 (UK title is The Twelve and the Genii).  When Max moves with his family into an old English farmhouse, he discovers a dozen old wooden soldiers hidden in the attic for over a hundred years.  When one of the soldiers begins telling his story to Max, it is revealed the original owners whose imaginations brought these soldiers to life were the Brontë siblings - Branwell, Charlotte, Emily, and Anne.  I read and enjoyed this as a child before I knew anything about the Brontes, and I might recommend it over Wuthering Heights!  It didn't hurt to have a little wordplay in there. 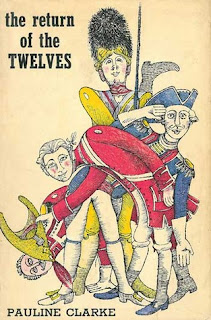 Next month (November 7, 2020), Kate says we’ll start with a wild card - begin with the book you’ve ended a previous chain with, and continue from there (for those playing for the first time, start with the last book you finished reading).

All I can say is that I hope we all survive November 3!

Well, your chain seems much lighter in tone than some of the others so far... Seems the creepy bits in the James story inspired some pretty dark chains!

I loved Myself When Young. Du Maurier's love of Fowey in Cornwall jumped off the pages at me. I haven't read anything by David Lodge but the BBC dramatised one of his books years ago which I remember watching... Nice Work I think it was, set on a university campus.

This was so intriguing! You always add backstories to authors' lives which makes them more real and accessible. The reference to Pauline Clarke was particularly enlightening, because I recently saw "To Walk Invisible" on the Brontes -- and there are scenes where they are playing this remarkable game. Thanks for providing the missing link.

Great chain Con. I have only read Author, author, which I enjoyed, though I think I slightly preferred Colm Toìbin's The master which came out the same year. Fascinating that two books about The same author came out around the same time.

I'd be intrigued to read the Simonson book. I hadn't heard of it.