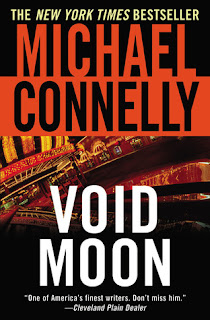 Description: Cassie Black is a beautiful woman selling luxury cars in Los Angeles but she has many secrets.  One is that she recently finished serving six years in prison for manslaughter.   Another is the identity of the child she watches from afar when she is not working.   Cassie was planning to go straight but when she needs a large sum of money she ignores the warnings from her well-intentioned parole officer and approaches her old friend Leo for a gig.  Unfortunately, the only heist he has available involves returning to the Cleopatra casino in Las Vegas, where everything went so fatally wrong for her before.  What really happened that night is another secret.  Cassie’s instinct is to say no but she needs the money urgently, although Leo’s warning about the Void Moon both exasperates and unnerves her . . .

What is a Void Moon? A void moon is an astrological phase when the moon is not in any "house" which potentially creates a time of bad luck.

My Impression: I listened to this standalone on CD and at first I did not like it at all.  I now realize that books where the protagonist is sympathetic but planning to break the law make me very nervous.  Maybe because it goes against the expectation that a crime novel restores the balance of good and evil?  Maybe I am worried about a character I like going to jail?  I cut my errands short that day because the story was depressing me.  I remember there was a bestseller years ago that Stephen King blurbed called A Simple Plan about some people who found a bag containing four million dollars and decide to keep it instead of turning it in.  I had the same uncomfortable feeling reading that book, mentally begging them to reconsider. 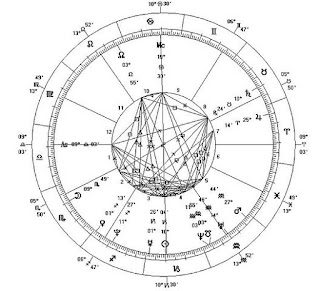 However, an author as skilled as Michael Connelly was able to make me care about Cassie despite my dislike of capers.  I guessed most of the backstory but the description of her planning the heist and carrying it out kept me riveted, and before she even reached Las Vegas I was definitely #TeamCassie and didn’t want her to get caught.  Very climactic scenes at the end that I won’t spoil!

My sister was a big Connelly fan years before I thought I would enjoy police procedurals, so it has taken me a long time to catch up.  I think there are only three books I haven’t read.  Luckily, he is still writing!

I have lots to read to catch up with you on reading Michael Connelly books. I did like the two books I have read so far, I just have so much to read and forget to get back to that series. I have lots on my TBR, but haven't gotten back to them.

I have the same problem you do when reading about characters that are making bad decisions. Makes me very nervous when reading.