Some thoughts on my August reading:

City of the Lost (Rockton #1) by Kelley Armstrong 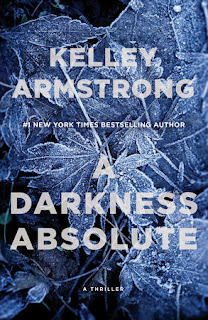 This Fallen Prey (Rockton #3) by Kelley Armstrong – These Rockton books are a seven-book series about Casey Butler, a homicide detective living in an isolated town in the Yukon where people go who don’t want to be found.   I am enjoying them, so long as I don’t have to go live there!  I recommended the first book to my sister around August 5th and she is already on book 5!

The Night Hawks (Ruth Galloway #13) by Elly Griffiths – Ruth and the gang are back to find another mysterious body perhaps resulting from The Legend of Black Shuck (which sounds like Encyclopedia Brown).

The Maltese Falcon by Dashiell Hammett – I didn’t completely finish the book but I did come to an even fuller appreciation of Humphrey Bogart and Peter Lorre while watching the movie.  My review.

The Nothing Man by Catherine Ryan Howard –  Eve survived the murder of her parents and sister and, now that she is an adult, she wants to catch the killer.  My review. 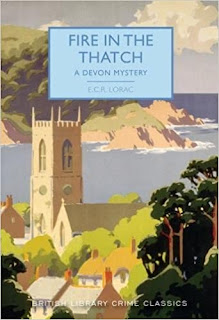 Fire in the Thatch: A Devon Mystery (Robert MacDonald #27) by E.C.R. Lorac – a classic Golden Age mystery about a quiet ex-soldier trying to begin a new life in the country.  Who could wish him dead?

The Wicked Girls by Alex Marwood * –  Two little girls were accused of murder and paid their debt to society.  Now adults, all they want is to avoid the limelight, but then a new murder finds them. My review.

The Scholar (Cormac Reilly #2) by Dervla McTiernan – Reilly has been frozen out by his fellow detectives since moving to Galway so when his girlfriend finds a body he is glad to take the case.  I liked this even better than the first one.

The Empty Nest by Elizabeth Cadell – After all three of George and Stella Deepley’s daughters get married, they are surrounded by quirky friends with suggestions as to how to spend their leisure time.

The Light Over London by Julia Kelly * – a dual timeline story about two young women (hmm, aren’t they all?): one working on anti-aircraft machinery during WWII and the other who finds her diary many years later.   My review. 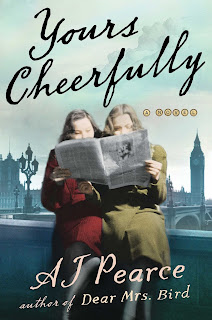 Yours Cheerfully by AJ Pearce – The enjoyable sequel to Dear Mrs. Bird, which was my favorite book of 2019, about an aspiring journalist who yearns to do her bit in WWII.  My review.

When Stars Collide (Chicago Stars #9) by Susan Elizabeth Phillips – In this newest entry to her popular football series, the Stars’ backup quarterback goes on an improbable promotional tour with a female opera singer.

Noel Streatfeild by Angela Bull – A biography of the famous children’s writer by the author of Wayland’s Keep, an old favorite of mine.

Rooftoppers by Katherine Rundell * - An orphan in search of her mother seeks assistance from children living on the rooftops of Paris.   My review.

Dancing Shoes by Noel Streatfeild – When Rachel and Hilary are taken in by Rachel’s aunt, they become students at her dancing school where children are trained to perform professionally.  My review. 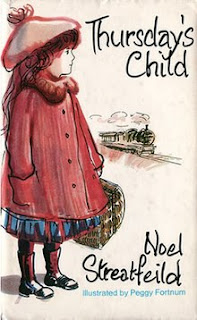 Thursday’s Child by Noel Streatfeild – Margaret Thursday has far to go and that does not mean staying to be abused in an orphanage (she looks a bit like Paddington Bear in this cover!). My review.

I love Kelley Armstrong's Rockton series! Casey and Eric are such great characters. But you're right, I would never want to live in Rockton either. :D

That's a very good reading month! I now have The Wicked Girls on my library pile, looking forward to reading it!