There are several books I have been in the middle of for years. If they were really riveting, I probably would not have put them down half-read.  But in Luvvy and the Girls, I read that not completing a book is a sign of weak character.  This belief conflicts with an occasional "life is too short" mantra so I finish most books unless they are dreadful. 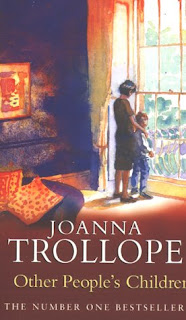 Hamnet by Maggie O’Farrell falls into a different category. I bought it for my sister for Christmas, then had to wrap and send it before I was done. On Sunday, I got it from the library for my Monday night Book Group, which obviously was not enough time to finish it so I am still reading it.

As I drive back and forth to work, I am listening to Other People’s Children by Joanna Trollope. Her books are so accurate and vivid in their depictions – here, of blended families and detestable stepchildren and the efforts of most of the parents involved to create an affectionate, structured environment for everyone involved.  I like the Black Swan paperbacks that are published in the UK. 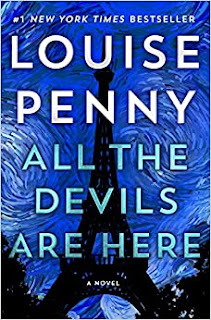 I just finished several books. First, All the Devils Are Here by Louise Penny, which is the 16th book about her beloved detective Armand Gamache. I had bought this when it came out in 2020 but was waiting for the right moment to read it. Then when I realized it was set in Paris, I wanted to read it before my trip! I downloaded it as an audiobook from the library but was only able to listen to a few chapters before I left. I finished it when I returned and woke up at 4 am. A wonderful book that is a lyrical tribute to Paris as a city. My sister gave me a gift certificate to Bookstop.com for my birthday and I plan to use it for the new book in this series. Also, interestingly, Louise Penny and Hillary Clinton have collaborated on a book that is coming out later this fall.
I also read a biography of children’s author Constance Savery by her admirer, Eric Schonblom. This was clearly written as a labor of love and will be helpful to me with my Constance Savery project for graduate school.   I just finished The Last Thing He Told Me by Laura Dave, which I will try to review later this week. 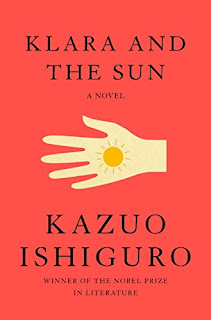 Next up, or at least soon, will be Klara and the Sun by Kazuo Ishiguro, which my Book Group chose for October. It has been years since I read any of his books and all I know about this one is that it’s about Artificial Intelligence and was a Booker nominee. It seemed like a safe bet. Have you read it?
Posted by CLM

I am currently rereading Charlotte MacLeod's Peter Shandy mysteries, on the third one in the series now, Wrack and Rune, which means that I first read Rest You Merry and The Luck Runs Out. Have you read any of her mysteries? Two people I recommended her to didn't care for the books at all but I like her quirkiness. Decades ago I was driving downtown and heard her being interviewed on public radio station and was so taken with her voice. Before I went to the grocery store I stopped in at an antique store and at the front door on a table was a stack of her books. It was meant to be and I bought all of them!

I went off Trollope after her almost-latest one which displayed some pretty troubling attitudes to people of different races, etc., mainly lazy stereotypes. Which is a shame, as I've been reading her for years and liked her earlier book - and the one you mention, actually.

On Wednesday I was reading Hope not Fear by Hassan Akkad, a very powerful memoir.